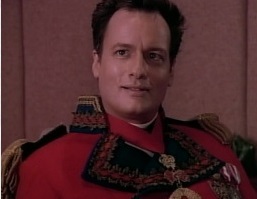 Greetings Gentlebeings. I am your host, Q. I have assembled all of you…Heroes here in this pocket dimension of mine for a most valiant and fascinating endeavor. You see, each of you has been chosen…TO SAVE THE MULTIVERSE!

Now, I can hear you all now, your tiny little brains running through the whole, “Oh Great and Powerful Q, whatever do you mean by save the multiverse?”

Well, good news everyone, I am about to share that with you.

You see, as I said, I am Q…an omnipotent being and member of The Q Continuum. I, and my fellow Q, are responsible for ensuring that the multiverse runs as it should, with each universe separate from the others. There, of course, have been some very minor incidents of crossover in the past , but one cannot keep their eyes on every single Ion storm and the starship that just happens to be beaming people up during one, now can they?

However, a very young member of The continuum, got it into his head to see what would happen should artifacts uniquely linked to one universe find their way into a second universe.. Childish experimentation and pure fun, I assure you. The result, as I must explain to one of your limited intelligence, was the eventual destruction of the second Universe. Yes, yes…very much like Matter and Anti-matter meeting but on a much larger scale. Please, don’t interrupt, even with your limited thoughts.

As I was saying, this, this Q, not being fully mature like one such as myself, let his enthusiasm get the best of him, and did it a second and then a third time. Each time with the same results, the destruction of a Universe. And before any members of the Continuum could stop him, he had caught the attention of two entities similar to my kind. These two, beings, had, much like I and others of my kind, posed as Gods to ones such as you. After all, we are gods, compared to you.

However, these two beings, encountered our erstwhile Q, and found his play time to be something they desired. And so, they corrupted our erstwhile Q. Merged with him even, if you could believe such a thing. And the three, now one, have taken upon themselves to take the youngling’s playful experimentation, and apply it to the entire Multiverse.

And that is where all of you come in. I am sorry to say, each of you is the sole survivor of your universe. I saved those I could, of course, when I saved you, but, alas, your universe is no more, having already been destroyed. But, fear not, for all is not lost. You can save the rest of the Multiverse, and, to make matters even more interesting, should you succeed, I sahll do everything within my own vast powers, to restore your universe to existence. It can be done you know, just takes some time.

So, valiant ones, there you have it. I provide you this pocket dimension, safe from our enemy, where you can rest, and plan your next move. I shall, of course, provide you with any information I can on the universe’s being threatened. And shall send you to the ones you decide to operate in, posthaste at your request, as well as return you here when your task is completed.

It is imperative, however, you not only save the universes you travel to, but while there, try to learn more about our foe and his current condition, and perhaps, a means of destroying him while you are at it.

So, I wish you good luck and Godspeed and all that falderall!

by: Keryth987
See All Pages